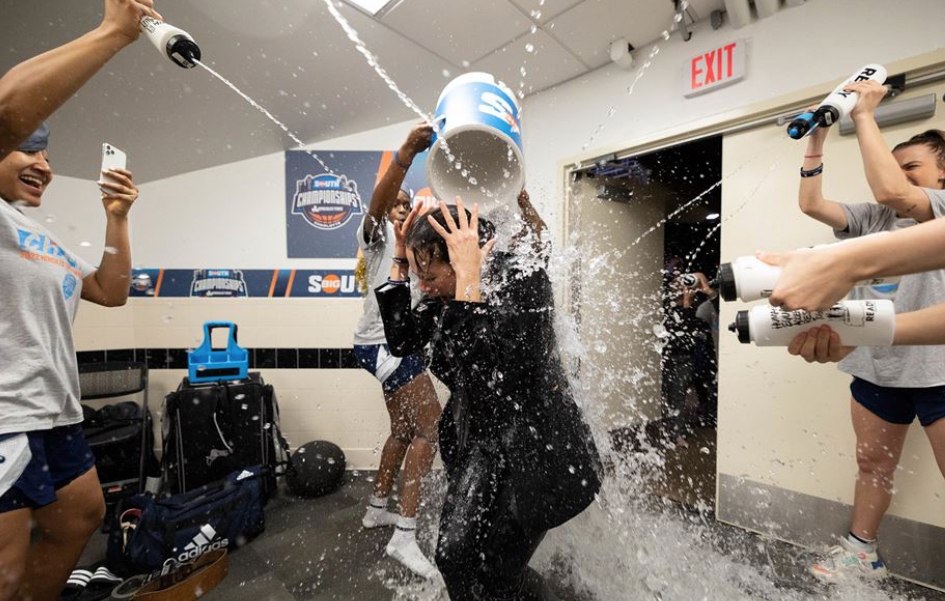 Now that the news has sunk in of Longwood’s history-making wins in the Big South men’s and women’s basketball championship games this past weekend, you may be wondering what happens next. (In the photo above, women’s head coach Rebecca Tillett gets a soaking after her team’s title-clenching win against Campbell.)

The simple answer is that both teams will be playing in their respective NCAA Tournaments for the first time in Longwood history. For those of you who are new to March Madness, there’s a primer below on what happens between now and the first games of the tournament.

Also, there will be regional watch parties held around the state for the NCAA Selection Sunday shows March 13 that parents are more than welcome to attend. You are an important part of the Lancer Nation! Join in the fun as we find out who the men’s and women’s teams will face in the first rounds of their tournaments. Wear Longwood attire, and bring your Longwood scarf if you have one.

The following information applies to both the men’s and women’s tournaments.

As winners of their Big South Tournaments—also a Longwood basketball first—the men’s and women’s teams are among the 32 Division I teams receiving automatic bids to the NCAA Tournament.

On Sunday, March 13, the NCAA will announce the 36 teams receiving at-large bids, bringing the total number of teams in the tournament to 68. Also on March 13, before any tournament game is played, the teams are ranked 1 through 68, with the best team—based on regular season and conference tournament performance—sitting at No. 1.

After this round, a field of 64 teams remains for the first round of the tournament. Those 64 teams are split into four regions of 16 teams each, with each team being ranked 1 through 16. That ranking is the team’s seed.

In order to reward better teams, first-round matchups are determined by pitting the top team in the region against the bottom team (No. 1 vs. No. 16). Then the next highest vs. the next lowest (No. 2 vs. No. 15), and so on. In theory, this means that the No. 1 seeds have the easiest opening matchups in the bracket.

All March Madness men’s games will be broadcast on either TBS, TNT, TruTV or CBS. Women’s tournament games can be found on ESPN networks.

Keep an eye on go.longwood.edu/horsepower to see how the men’s and women’s teams are seeded for their tournaments, who their first opponents will be and when the games will be played.

It’s a great time to be a Lancer! 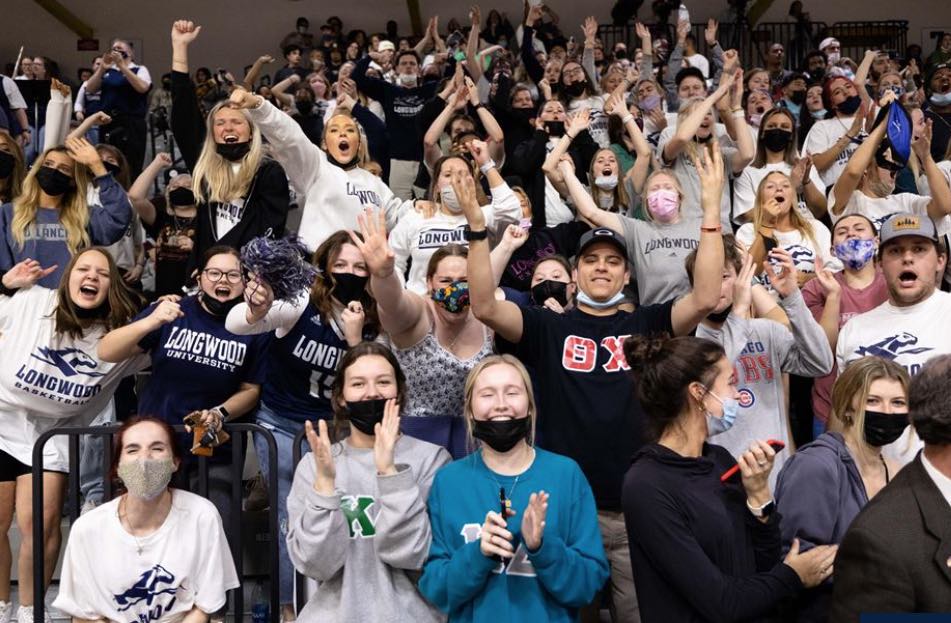 Cheer on our Lancers at the Big South Conference Basketball Tournament this week as both the men’s and women’s teams compete for a chance to play in their first-ever NCAA Tournaments.

Also, please go to the bottom of this post to read about some additional students we can be proud of. The String Ensemble will present a concert this evening (Thursday) at 7:30 p.m. 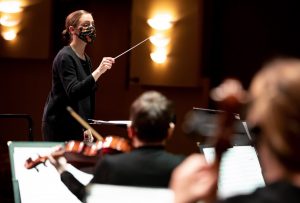 Now back to basketball.

Check out go.longwood.edu/horsepower to stay on top of all the Big South Tournament news. You can also purchase tickets in advance on this site through midnight the day before games.

There lots of ways to show your support. You can attend games in person at the Bojangles Coliseum in Charlotte, North Carolina. (See below for information on how your student could get a free ticket to each session.) Or you can watch the action at home if you have the right cable/streaming package or subscription.

As regular season conference champions, the men’s team is No. 1 seed in the tournament. The women hold the No. 2 spot in the Big South (tied with Campbell for conference wins but with a loss to Campbell earlier in the season).

The women’s first game, which is in the quarterfinals bracket, is at 6 p.m. today, Thursday, March 3. This game will be on ESPN+. Winners progress to the semifinals, which for Longwood would mean a game at 8 p.m. Saturday, March 5. This game also would be on ESPN+. A semifinals win would take the women to the championship game, set for 8:30 p.m. Sunday, March 6. It will be televised on ESPNU.

Longwood is purchasing 150 tickets for each of the men’s and women’s games, which will be distributed FREE to Longwood students. Tickets will be available at the coliseum in Charlotte on a first-come, first-served basis.

Each ticket is good for that day’s entire “session”—that includes eight games in the quarterfinals and two games in the semifinals. Students will be allowed one ticket each for each session; all they need to do to claim their ticket is show their Longwood ID.

Want to make it a family event? Head to Charlotte! Tickets for the general public are $15 and are available in advance at go.longwood.edu/horsepower until midnight the day before the games. You can also buy tickets at the coliseum. 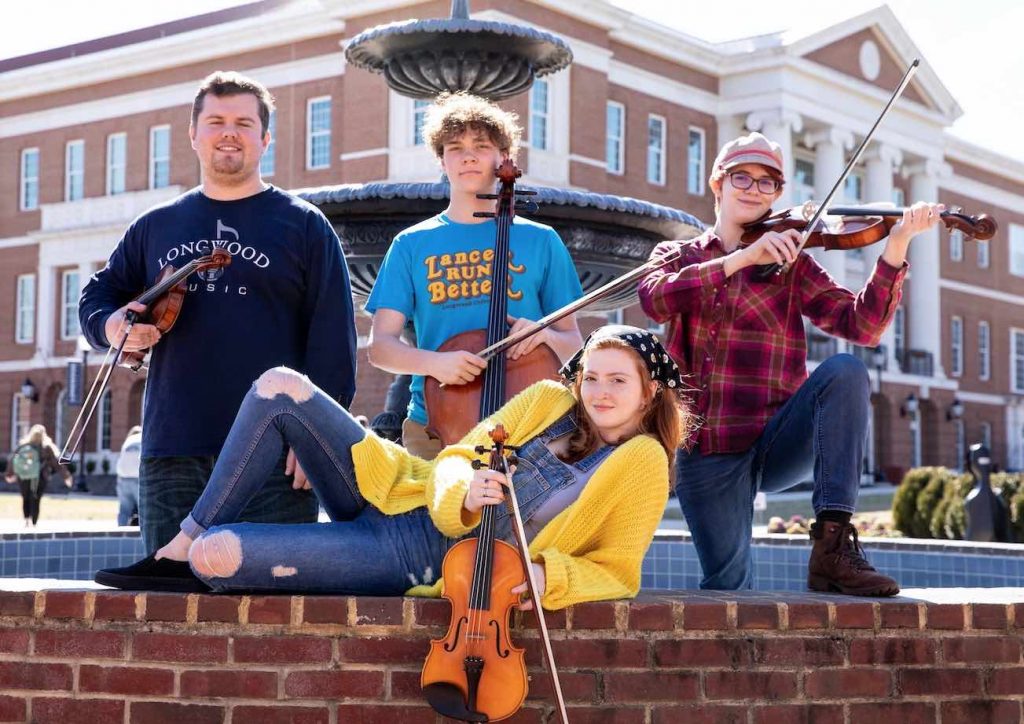 Do these talented students want to string you along? Absolutely—right up to the doors of Jarman Auditorium for the Longwood String Ensemble’s concert at 7:30 p.m. tonight, Thursday, March 3.

The String Ensemble concert will also include a medley of tunes from the Pirates of the Caribbean movies, a piece for chamber orchestra and solo cello that was featured in the movie Master and Commander, a piece that invokes the flavor of Spanish dance and, possibly for the first time ever, a selection that brings together on the same stage Longwood strings, woodwinds, brass and percussion—providing a peek into the future when Longwood might have a full orchestra.

Can’t make it in person? Tune in to the livestream here: https://www.youtube.com/watch?v=3NiGVpGCLCU